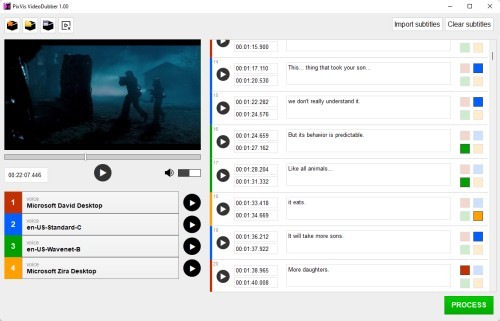 Watch the video to see how the PixVis Video Dubber works

*To use Google TTS You must have a Google account. Currently, Google offers this service for 1 million characters of Wavenet voices and for 4 million characters of Standard voices each month for free. Higher volumes may incur fees. See the price list for more information:
https://cloud.google.com/text-to-speech/pricing.